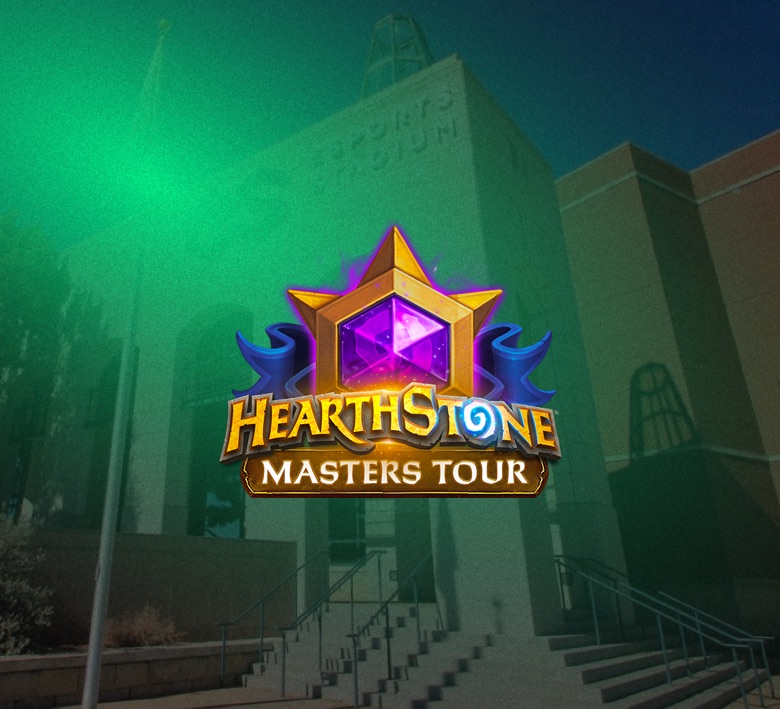 Arlington, Texas (about 400,000 Inh., located about 30 km west of Dallas) will host the first stop of this year’s Hearthstone Masters Tour from January 31 to February 2, 2020. Czech players will be in attendance.

Czech Grandmaster, Jaromír “Jarly” Vyskočil, and players qualified from a ladder, Daniel “PoweR” Strmiska and Štěpán "Norwis" Šimek, will not be the only players travelling to the home of the Dallas Cowboys football team. There will be also a member of Team Entropiq, Oldřich “Faeli” Mahdal.

Faeli took his attack to the qualifying tournaments in October and finished in the Top 8 five times  (one of the possible ways to qualify for the Masters Tour) and he will not be missing in Arlington.

What are Team Entropiq expectations before his departure? What result will satisfy him? How did he prepare? Read more...

I would be grateful, if I play in the tournament, to say “it couldn’t be better/I can’t play better”.

Entropiq: How did the qualification go? How long did it take? Were the opponents tough?

Faeli: I chose to qualify in tournaments called Open Cups. It is necessary to win one of them (single elimination with 512 players) or finish in the Top 8 five times. I was the very first to achieve that. No one else had even four finishes in Top 8 at that time.

The time consumption is on an individual basis. I played to the fullest. I was literally skipping sleep during weekends to have enough games to apply my skills and win rate in highly competitive tournaments.

E: How do you prepare for the Masters Tour? How much time do you spend with it? Who do you work with?

F: Preparation is still rather marginal – I do streams, I play new decks and line-ups in tournaments. Full-time preparation will start after the last patch. That should happen in the middle of the month and it will probably change the meta.

I will definitely cooperate with the Grandmaster Jarla as I normally do, and I plan to also work with PoweR, another representative.

E: Do you already have prepared your decks for play?

F: In connection with the previous question, I do not know my decks yet. Once I know a new patch has no big impact, I will be well aware of the current metagame.

E: How long does it take to “befriend” new expansion published in the middle of December?

F: From my point of view, it is a never-ending process. Even if I know all the decks and how to play them (I learned it in a few days after the release), the most important thing is to know how to react to the opponent’s play and select your deck accordingly.

E: Are you about to surprise your opponents?

F: I probably won’t try to surprise them with some really unorthodox deck. But I am not afraid to play not-so-mainstream decks if I consider them to be my way to success.

E: What are your expectations? What result will satisfy you in Arlington?

F: I would be grateful, if I play in the tournament, to say “it couldn’t be better/I couldn’t have played better”. If I do not qualify for the second day, I will be disappointed. I hope I won’t be unlucky.

E: What is the role of luck?

I will definitely do my best to get rid of jet lag during the first two days in Texas.

F: This question is much more complex than it seems. I cannot think of many ways to respond in detail. Generally, I would prefer an easier opponent and worse draw even if it could harm my tiebreakers later. The current system distinguishes mainly the total score.

E: How large would be Czech entourage in Arlington?

F: It’s me and also my team crew (Entropiq cameraman Michal and reporter Bára), two other players - Jarla and PoweR - and PoweR’s wife. So, it will be probably six Czechs total, three players :-)

E: When and how would you fly?

F: We fly three days before the event, which is standard for events with a time difference.

E: Do you think about acclimation?

F: I will definitely do my best to get rid of jet lag during the first two days in Texas. I do not want to make mistakes in the tournament due to tiredness.

E: What about the accommodation?

F: We chose an Airbnb not far from the venue, but it is in a quiet part of town with a close proximity to restaurants and shops.

E: It is your third time on Masters event after Soul and Las Vegas. Would your experiences be your advantage?

F: I had experiences with such big events before, but for sure I will not be surprised by the intensity and duration of playing days compared with rookies.

E: Why did you fail to attend the recent Masters Tour 2019 in Bucharest? It is the only one you missed yet. Did you even try to qualify?

F: I did try, but compared to my effort invested into Arlington, and Indonesia after, I would say, I did not even try to get to Bucharest. I was not motivated. A European player won the previous Master Tour and therefore it was almost impossible to get into GM at that moment.

E: Thanks for the interview and I wish you/us good luck on behalf of Entropiq and I hope you will achieve the best result possible.

More info about the trip: