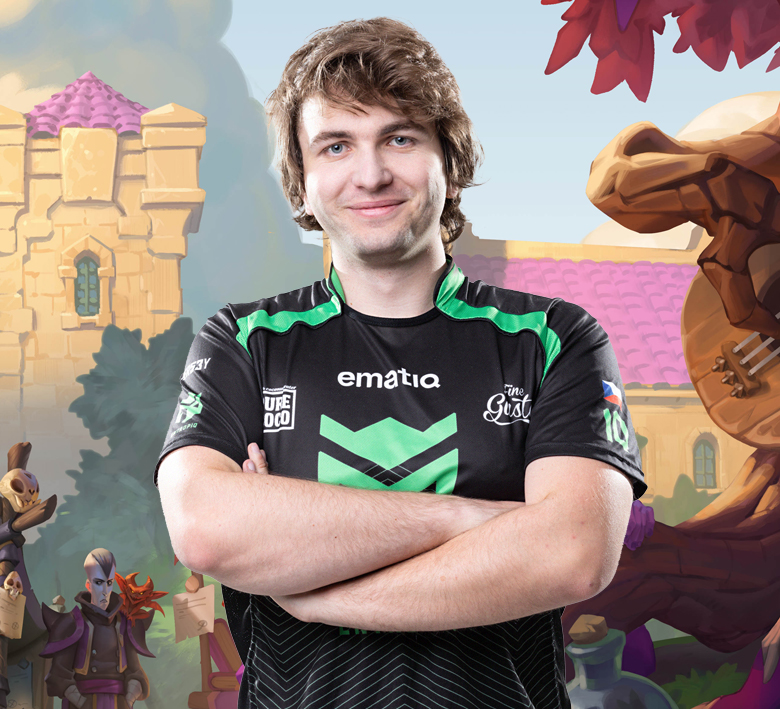 Season 4 of the Hearthstone MAX League concluded on Wednesday, November 10, with Entropiq's Faeli facing off against Reqvam from Croatia in the finals. While Faeli had marched through the stellar competition until the finals, he would eventually settle for a silver medal. Reqvam prevailed in the title bout, winning 3-1.

Faeli's runner-up finish is very impressive considering the starting lineup in the MAX League showdown. The contest, which started as a platform for elite French players, evolved into a European event with heavyweights from around the continent taking part.

Grandmasters AyRok, Seiko, Jarla, Zhym, and Bozzzton were all in the mix, along with players who have 7-2 records from Masters Tour on their respective resumes.

Faeli won all but one of his matches in the group stage and continued to ride the wave of success in the playoffs. He swept the Masters Tour Bucharest third-place finisher totosh in the quarterfinals before eliminating Gaby, another Masters Tour bronze medalist, in the semifinal clash, which came down to the fifth inning.

While Reqvam dismissed Faeli's bid for the outright victory, the second place is a great boost for the Czech champion who will be defending his national title this weekend.

Replay of the third-place match followed by the final between Faeli and Reqvam:

‍What do you think of the MAX League? Was it a great practice for the Nationals?

I approach the whole league as a practice and a chance to challenge some of the elite players. It's unfortunate that serious prize money was reserved only for the winner, not so much for the rest of the podium.

Are you aware of any major mistakes in the final match?

I think the first game was key. I hit the matchup I hope for, but the crucial moments went my opponent's way. Eventually, I needed just a Blade Dance, but both of them were literally at the bottom of the deck. The second game with Druid was pretty much an attempt to improve the score before I was going to play Priest, my chance for a reverse sweep. However, I started 0-2. Priest beat Mage in a crazy game, but I missed some important cards in the next game and couldn't beat Demon Hunter.

Which opponent did you root for in the other semifinal? Would Tortue have been better for you?

I was more on Reqvam's side because his victory meant the title would go to a foreign player and French guys would play for the bronze. But it's true that my chances would be better against Tortue.

Is the runner-up finish a good sign ahead of the Nationals? Do you like the current meta?

The current meta is interesting, but it's been around for a while. That's not ideal for an event like the Nationals because players won't be rewarded for their prep as much. When it comes to the lineup, MAX is a Conquest with a tailor-made prep to the given opponent while the Czech Championship is a Last Hero Standing contest, so the whole field needs to be taken into account. That means I need to play different decks, but both events have seen me pick two or three top-tier decks and add something that suits me.