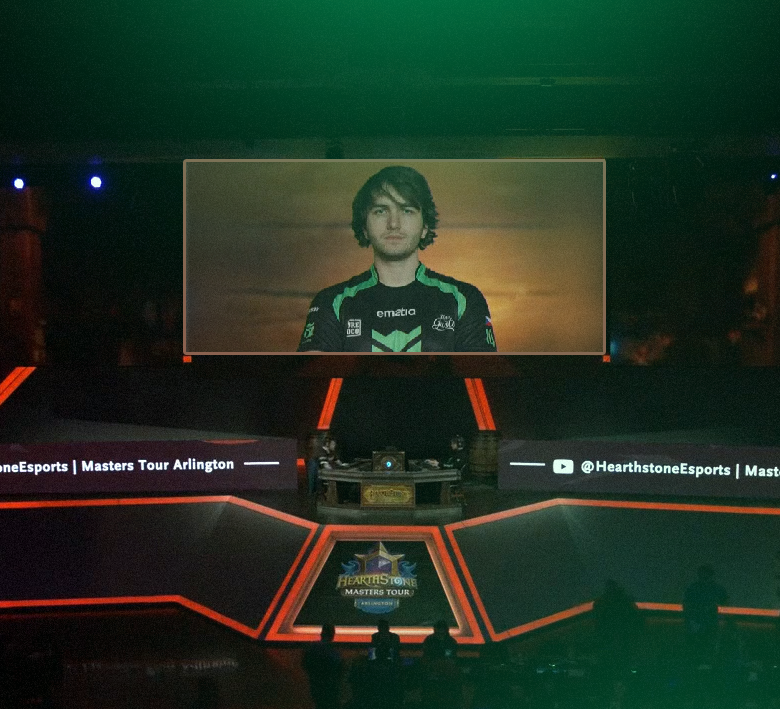 Team Entropiq's Oldřich "Faeli" Mahdal had a strong start to Hearthstone Masters Arlington, but three close matches against tough opponents forced him to settle for a 6-3 record. Faeli fell short of reaching the final eight, leaving the Masters after Day 2.

Located 20 miles west of Dallas, Arlington hosts the first major event on the 2020 Masters calendar. The tour boasts a total of six stops this year.

All Masters Arlington matches were scheduled for a best-of-five, Conquest with a ban format. Friday saw the action kick off with the opening five rounds, with players having their opponents assigned through a classic Swiss pairing. Those with three losses were eliminated while the rest of the field advanced to Day 2.

Faeli entered the tournament with three wins, immediately locking up a slot in Saturday's battles. Unfortunately, he couldn't make it four in a row, losing 2-3 in a close encounter against French player AyRoK. However, Faeli followed up with another victory to wrap the opening day with a promising 4-1 record. Jarla joined him to the next stage, notching four wins as well. PoweR was the only Czech player eliminated on Day 1, having suffered three losses.

Saturday featured four more Swiss pairings, and Faeli quickly prevailed against Monsant to improve to 5-1. Jarla, the only Hearthstone Grandmaster from the Czech Republic, also won his first match and soon it became apparent that the top two Czech players would clash in the following pairing.

Both Faeli and Jarla have been well aware of their respective abilities and their match proved a tight race, coming down to the buzzer. Jarla eventually saw off Faeli in the fifth game. Faeli then suffered yet another close defeat, falling 2-3 to Seiko. The two consecutive five-game losses ended Faeli's chances to reach the quarterfinals.

Faeli bounced back and notched a win in his final match, finishing the Masters Arlington with a 6-3 record for a $2,250 payday. All three of his defeats came in five-game battles, giving Faeli solid building blocks for the next Masters event in Bali. Jarla wouldn't make it to the Arlington final eight either as he lost the last two matches to tie his record with Faeli's.

American Grandmaster Brian "bloodyface" Eason has been dominating the tournament so far. Bloodyface has swept the opposition through the opening two days, making the quarterfinals with a 9-0 record. The runner-up from the 2019 Grandmasters Global Finals is now a huge favorite to take down the first Masters of the year.

Sunday will reveal whether bloodyface navigates through the field undefeated or if it's time for someone else to step up to the plate and deny him the triumph as the Masters Tour Arlington culminates tonight.