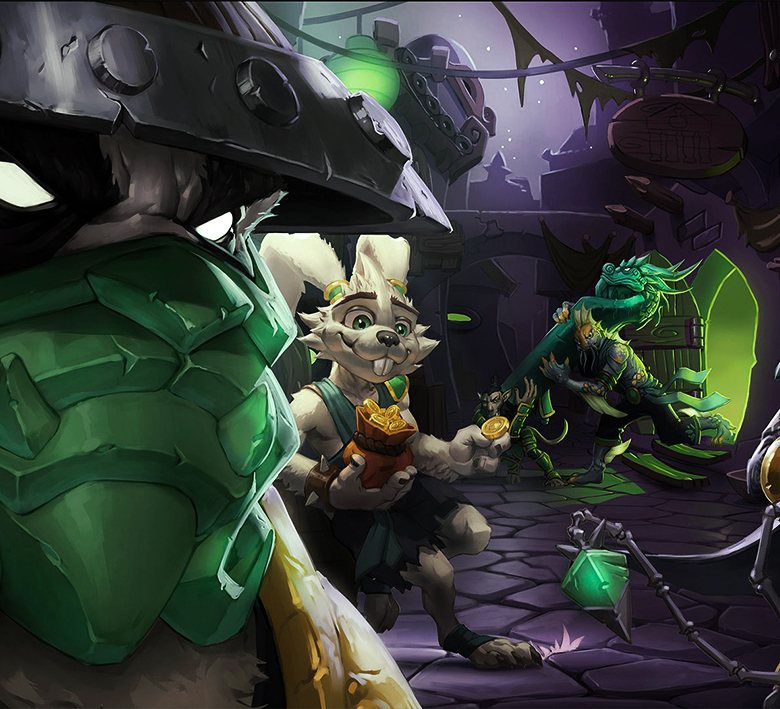 It's been an emotional week for Team Entropiq's Hearthstone division. While Faeli reached the pedestal in the latest NightCup, En1gma fell short of qualifying to the Masters Tour Asia-Pacific. Both of the players were a part of the winning squad in COOL Liga, keeping the team's hopes for playoffs alive.

The regular NightCup ran for the 260th time this week, and Oldřich "Faeli" Mahdal was unstoppable in the 86-player field, finally breaking the plane after two runner-up finishes.

"I don't even know how many victories I had last year," Faeli said.

But last week saw Faeli triumph for the first time in 2020. Fresh on the back off a Thursday heater, which saw Faeli march through the contest with an incredible 15-1 record, Faeli tangled with Rtza on Friday in the final duel.

"My opponent played very well and capitalized on my weak draws to take the 2-0 lead," Faeli described the start of the final match. "He came close to winning it in three, but the switch flipped and my Demon Hunter prevailed in all three games," Faeli said about his comeback. The victory earned him 100 points towards the Czech National Championships leader board.

Entropiq entered the penultimate matchup of the round-robin phase with only a small chance to reach the playoffs. The black-and-greens needed to beat nEophyte, ideally in a decisive fashion.

While the pre-game analysis predicted an even matchup, Entropiq swept the board and defeated nEophyte in three games. Paladin and Mage claimed a two-nil lead before Mirror Priest got the job done.

"It wasn't our plan to play Mirror Priest: our opponents picked that. They were about 55% favorites, but we emerged victorious," Faeli said about the third game, which sealed the 3-0 win for Entropiq.

Entropiq stays afloat, hoping to sneak into the top four, which will clinch the playoff berths.

"We'll give it all in the final match, but it's not in our hands. We need eSuba or Gifted Gaming lose their matchup," Faeli added.

Petr "En1gma" Balcar has appeared in the Masters Tour LA Online in March, and he'll return to the prestigious competition this month with the Jönköping Online Edition just around the corner (June 12-15). In the meantime, the qualifiers for the Masters Asia-Pacific Online culminate. En1gma was eyeing a three-peat -- hoping to follow in Faeli's footsteps -- but the satellites to the July contest didn't go as he'd wished.

With four top-eight finishes in the qualifiers, En1gma was en route to punching his ticket to the main tournament, but he couldn't add the fifth top-eight finish required for automatic qualification.

10 people made 5x TOP8
18 people made 4x TOP8, shoutout to them, especially @KrajdaHS who made 3x finals and 1x semi and is not qualified 😖
TOP8s is the most honest way to qualify, with less cups next season it will require more luck than consistency. Think about it @HSesports pic.twitter.com/xX8vjssjqJ

En1gma then tried his luck in the monthly ladder, fighting for the top 16. He fell in 39th place, though, and that closed another door leading to Masters Asia-Pacific.

There's one more way to advance to the major, albeit the most complicated. En1gma has to notch at least seven wins in the swiss round of the Jönköping main event. The stellar contest features the cream of the crop of the Hearthstone scene, and En1gma has his work cut out for him. In his debut appearance in March, the youngster checked out of the Masters LA with one win and three losses.