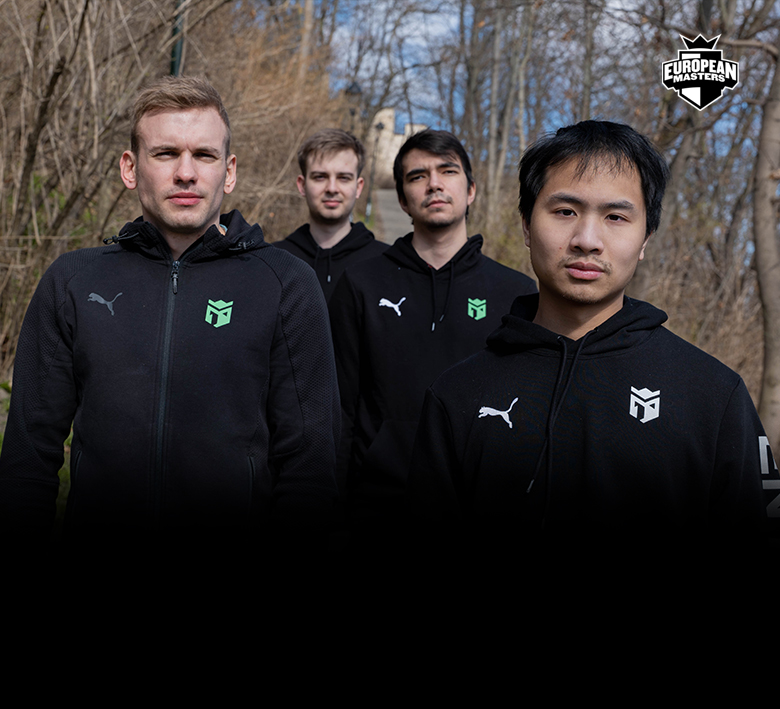 After a successful group stage, Entropiq players challenged Unicorns of Love Sexy Edition in the European Masters Knockout series. The german team was a slight favourite, even though it was one of the better opponents for Denyk's team.

The progression key was simple and the same for both. A win meant a promotion to the main stage of the EU Masters, a loss meant the end of all hopes in the Spring Split.

The opening game of the series started very cautiously from both sides. We had to wait until the 10th minute for the first kills, when Rames scored the first blood with his Lee Sin.

Entropiq maintained a slight lead throughout the early game. However, USE made some good captures and the gap between the two teams almost disappeared. The Unicorns continued their proactive style of play, which allowed them to take the first point for themselves after less than half an hour of play.

The second game started similarly to the first. Neither player wanted to make an early mistake. Marksman Khantos got the first kill this time and Entropiq was again one step ahead.

The turning point came in the 18th minute, when after a failed team fight for the third dragon, the USE players took the reins of the game into their hands. From that point on, the German team controlled the entire map and didn't let us anything. The Unicorns took the rest of the game in their stride and went on to win the series 2-0.

?? See you next time though!

The journey through the European Masters Spring Split is over for Denyk, Robocop, Rames, Eren and Khantos. Despite the final defeat 0:2 against Unicorns of Love, we proved that even the Czech region must be taken into account in the future. Let's go Entropiq!