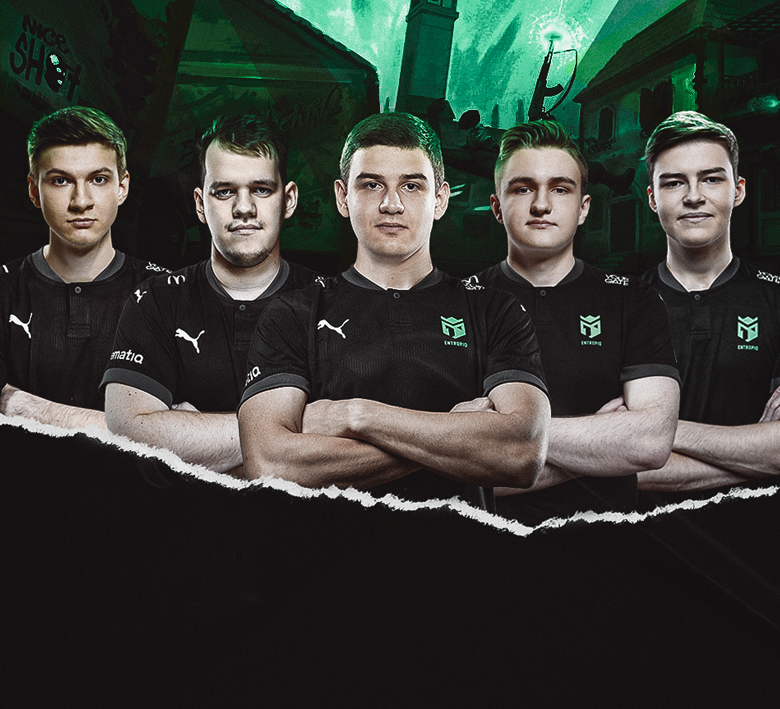 Entropiq played two matches in ESL Pro League group stage with one win and one loss.

After a good start against the Brazilian lineup of FURIA Esports, a cold shower came in a showdown with the northerners from Ninjas in Pyjamas.

The black-and-greens kicked off their first ever ESL Pro League on Wednesday against Furia at Overpass. Coach Nicholas "guerri" Nogueira had to jump in as a stand-in for the opponents after lineup problems, but even though the pre-match odds said otherwise, there was no significant weakening.

Guerri, especially in the early rounds, was among the best and was the main contributor to the good start and Furia's 7-2 lead. However, Forester and co. in Entropiq colours managed to pull away by half-time and eventually capture the whole map for themselves with a 16-14 score.

The first half and a clear 12-3 lead was decided on Ancients, which Entropiq maintained despite a powerful tightening of the opponent, winning 16-13 and then 2-0 in the Bo3 series.

A day later, our fighters ran into Ninjas in Pyjamas. On Dust 2 we managed to keep up with the Swedish-Danish team. Vladislav "Krad" Kravchenko was especially great, yet NIP won the first map with a 16-14 score.

On Ancient, there was only one team on the server. Entropiq only scored seven points for the favoured CT side, and it wasn't nearly enough. The Ninjas dominated the second half, dropping only two more points and claiming a 16-9 triumph overall.

Black and greens are currently on the verge of advancing from Group D. Next important match is today against Team Liquid.