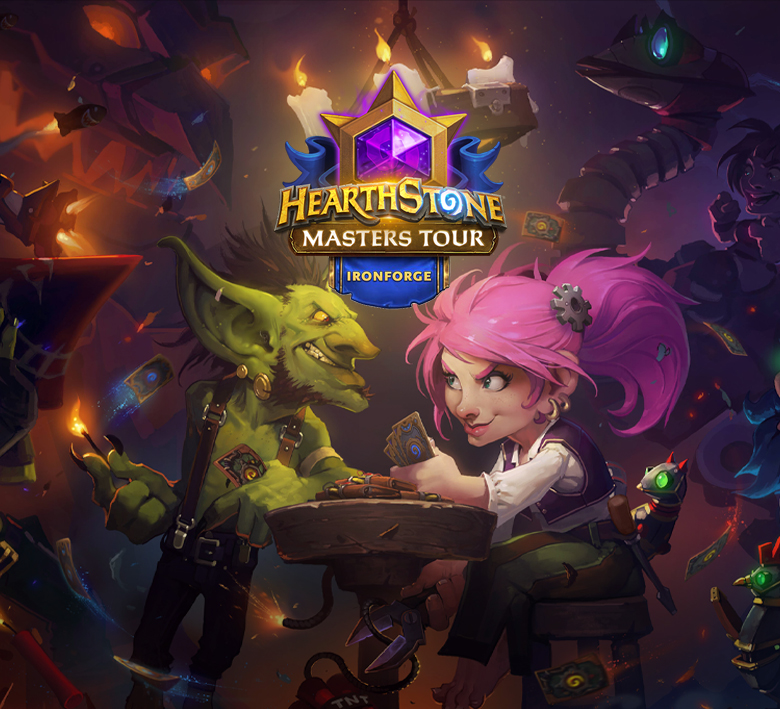 Amongst 392 players, Josef “Jobsad”Smutný got the score of 7-2 and 24th place. He missed the bracket for the best sixteen just because of a tiebreak.

Oldřich “Faeli” Mahdal (6-3) had to settle with 36th place. During the tournament he kept the second highest tiebreak score, which means he had the second hardest draw from the entire pool. Four of his opponents made it to TOP20 a two even got to today’s finals.

Jobsad and Faeli secured an invite to upcoming Masters Tour Orgrimmar for their performance, which will take place on the verge of April and May.

Second day, on the other hand, didn’t turn out well for Petr “En1gma” Balcar. He just barely got to TOP200 with four wins and five loses, which at least means the mincash of $500.

What do our players think about the first Masters Tour of the year?

I just lost my second and third matches and suddenly I was 1-2 and thinking I need to play for my honour at least. Then I won all of my six games and ended up on the 24th place out of almost 400 people and I got an invite to the next MT!

I’m very grateful for such an amazing result.

I was also satisfied with my preparation and my lineup. It worked great, I just sometimes questioned its pilot 😊. Fortunately, except for some minor mistakes, I played well under the given conditions 😊.

I have to thank my teammates from Entropiq and all other Czechs we were preparing together.

As expected, opponents played very well, therefore current score 5-1 made me very happy, since I needed to win 2 out of 3 matches to get to the TOP16. At the end I had to settle “just” with the 6-3.

Mainly eighth round will haunt me for days. My most comfortable and until that time most successful Demon Hunter lost three times and it was a sad loss 2-3.

The fifth game was extremely close, but it’s hard to win without Moarg (see replay). It was this game where I disliked opponents strategy for the first rounds, but topdeck Lightning Bloom in the third round helped him a lot.

We did a good job in the preparation. We were choosing between two lineups and En1gma eventually chose a different one than me and Jobsad.

When I look back, I had 119 out of 120 cards right, just in the Zoo Warlock I would change Soulfire for second Manar iMosher. But it wasn’t that of a big deal...

I have mixed feelings about the first Masters Tour. Teammates Jobsad and Faeli scored nice, I “only” 4-5. Unfortunately I couldn’t affect most of the series, almost all my games were pretty one-sided.

My favourite Rogue disappointed me. It lost my entire series two times with 2-0 lead, and I picked it as my most played deck (200 games with 62% winrate).

Probably the single game I could have done something different was penultimate series against a mirror Rogue. In the end even a win wouldn’t change the final prize money much.

If I knew what opponents I’d meet, I would definitely change my lineup. I had an anti-aggro, but out of nine opponents I met none, which is kind of unlucky. For example Faeli played against four.