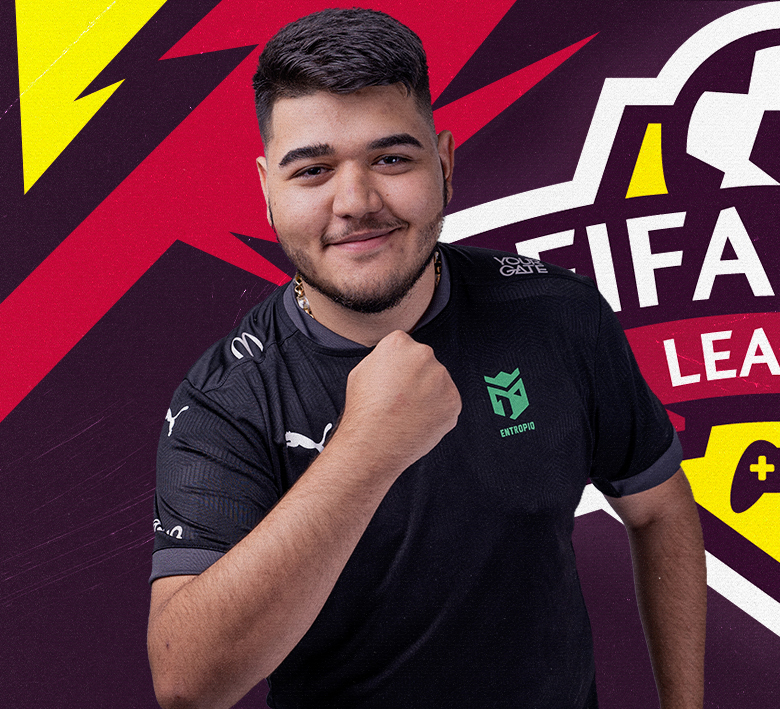 Entropiq to enter FPL as favourites

One Czech league is behind us, another "Slovakian" ahead of us. Entropiq enter the FIFA PRO League with great ambition.

The domestic e:Liga, where Czech premier league teams compete against each other, Entropiq players Mario "MarioOoso99" Gumbrešt a Matěj "Matejs" Dunka represented FC Fastav Zlín. They finished the group stage second and had a great run in the play-off as well.

After a promising start of the semifinal match against FC Baník Ostrava we lost at the end and finished the whole tournament third after a win over Karviná. Baník won the entire e:Liga.

Mario and Matejs would like to achieve a better result in the Slovakian FIFA PRO League.

FIFA PRO League #4 is the fourth instalment of the professional esports league. The current edition features matches in FIFA 22 in FUT mode on Playstation 5 consoles. The game will be played in the not-so-common 2v2 team format.

In addition to teams from the Czech Republic and Slovakia, FPL #4 will also feature players from Poland, Hungary, and Latvia.

We asked Matejs "Matejs" Dunka about the third place in e:League and preparations for FPL:

You finished third in the e:League? Satisfied?

Before the start of the e:Liga, the goal was to win. The same was true in the regular season and then in the playoffs, so we didn't think about 3rd place either. So far we are disappointed, at least the final was close, but in time we will remember it in a good way.

What happened in the semi-final match against Baník. You were leading 2-0, the third game was well played, but in the end Ostrava turned the series around...

Neither Mario nor I still understand what happened there. Maybe we've seen each other in the finals already.

Mario was up 2-0 at some point in the 50-60th minute against Totik, and all indications were that we were on the right track. But Mario eventually lost to Totik on penalties. Then, unfortunately, I also lost on penalties against Dalas and the score was tied at 2-2.

Mario went into the deciding match where he was much better, but unfortunately luck was not on his side and he lost to Dalas in overtime 2:3. Our dream of the e:Liga championship was gone.

What do you think about the new FIFA Pro League with Slovak, Polish, Hungarian, and even one Latvian team?

I honestly haven't examined the new line-up in detail. But we're definitely excited to play against other pros from Europe and have the opportunity to test our strength in a 2v2 format.

What are the expectations?

Expectations are not exactly low. Mario won the last PRO league (played solo) and I dropped out in the semi-finals, so he will want to make up for it and defend the title, this time in a pair with me.

How was the preparation?

Preparation was lightly Rivals at first, but the closer we got to the start, the more we tried to play friendlies with other pros.

Who do you think will be the favourite? Who to watch out for?

One of the favourites are certainly us, Slavia is a very strong team in 2v2, but they can absolutely surprise others as well, since 2v2 is a format you don't see much in tournaments.