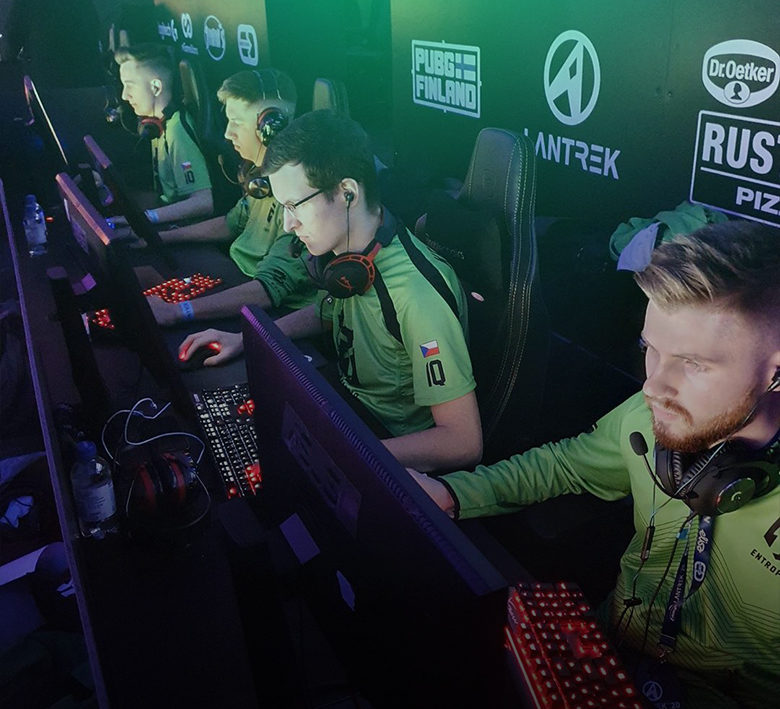 Now representing Team Entropiq, the reigning PUBG national champions have kicked off their title-defending campaign at the 10th annual PlayZone Czech National Championships (MČR). Our players have been dominating right off the bat.

The MČR season runs through online prelims called Squad Series, each of them comprising of three qualifiers and culminating in subsequent monthly finals for the top 16 teams. Seven series have been slated for the season.

Players and teams will be amassing points in the online tournaments while additional points will be up for grabs at designated offline events. The preliminary stage will conclude on September 10, 2020, with the top-ranked teams on the leader board invited to the Championship event, hosted November 6-8 at BVV Trade Fairs, Brno.
Team Entropiq has claimed the pole position after the opening two Squad Series qualifiers. Each tournament features up to 64 teams assigned to four groups, and

Entropiq has been on its way to the first monthly finals following a convincing performance. The black-and-greens topped their respective groups in both qualifiers.

While the last week saw our team accumulate 53 points and overall third place, the boys added 65 points on Thursday to claim the lead among the 61 competing teams.

Team captain Hawki stood out in the second qualifier, finishing as the Top Fragger with 15 kills across four maps. Additionally, RedgieBeardo topped the "most damage" stat. Hawki and RedgieBeardo capitalized on the support from a regularly consistent Double.

The three aforementioned players were joined by Nowikk who marked his debut appearance in our colors, stepping in for an indisposed Kejdoran.

Entropiq players picked up where they left off last year when they emerged national champions. The bar has been set high for our team as we aim to dominate the local scene and defend the Czech title.