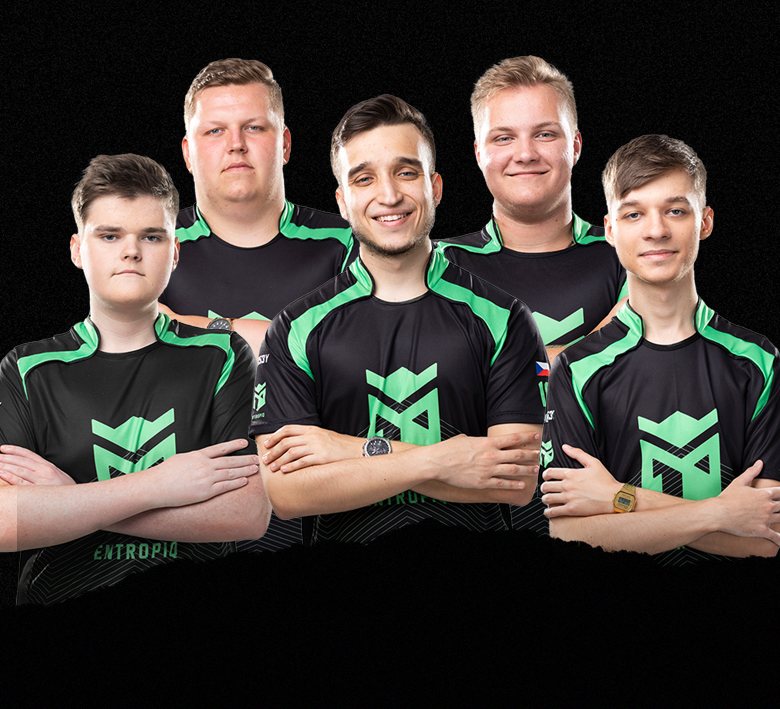 Entropiq keeps its relentless effort to build an esports empire, announcing a third expansion the three weeks. The latest move propelled the organization into the realm of ever-popular Counter-Strike: Global Offensive.

When asked in March, Entropiq founder Martin Kabrhel declared that the team was amidst planning to assemble a CS:GO roster.

"You may have noticed the 'Dota, coming soon' statement on our website. I'd advise the staff to update the section, adding 'CS:GO, coming sooner' to the page," Kabrhel said at the time.

Considering Entropiq's ambition, it was never going to be easy to put together a team that would fit the criteria of boasting a potential to become a strong contender not only at home but abroad.

Ultimately, the wait was worthwhile and the fans can now meet the CS:GO lineup as Projekt F officially switches to the black-and-green colors.

Widely regarded as one of the best CS:GO coaches in the country, Matěj "Forji" Kmiť was among the architects that put the team together.

"I spent several months scoping the field intensively. I've had lots of interviews with many players across the board, evaluating everything to the slightest detail. But the team eventually emerged very naturally," Kmiť described the recruitment period.

"The most important thing I required from the players was to be open-minded, which is typically a problem on the Czech-Slovak stage. The players we've signed are mentally focused on becoming the best. They understood that it would only be possible within an ideal unit and with excellent support from the organization," Kmiť added.

Entropiq CS:GO squad will jump straight into the action with a densely packed Thursday slate. The team will first compete in the Tipsport COOL Liga doubleheader against Universe (5 p.m. CET) and Gifted (6 p.m.) before they switch to the CS:GO Fight Night (8 p.m.), an international contest aired by British broadcaster Sky Sports.

Moreover, the team will go through an exceptional challenge on Sunday when they join the Sazka eLEAGUE, facing none other than the Sinners Esports, the reigning champions.

The roster has been built around Michal "leckr" Kadlíček, an accomplished in-game leader who had been eyed by multiple domestic organizations following his spell at a foreign team.

"Forji and I have known each other for many years. Together, we'd wanted to build a team with the highest ambition. As soon as he presented me with Entropiq's vision, I knew I wanted to play for this organization," Kadlíček said.

"Few weeks in, the team looks great. It helps that we all have known each other for years from real as well as gaming lives," he added. "The roster has been built so that everything would click. Outside the game, we have to work mainly on mental strength so that we wouldn't be losing due to the psychical factors. We're convinced that we have what it takes, but we have to prove it in-game," Kadlíček concluded.

Entropiq's seemingly universal plan applies to the CS:GO section as well. The goal is no smaller than become the driving force on the domestic scene and earn international recognition.

"Our long-term objective is to push the black-and-green colors into the world's top 10. It's been ages since a Czech-Slovak CS:GO team was able to beat the most prominent organizations. I believe we have the determination, experience, and right approach to overcome all obstacles that might be on the road," coach Kmiť spoke highly of his players.