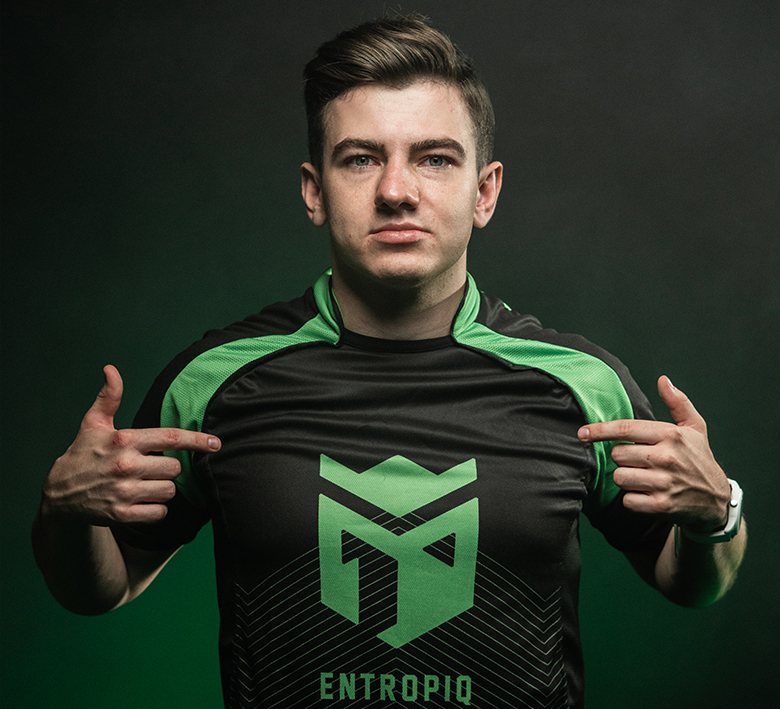 Entropiq announced expansion, launching its first international team. NEEX, MOLSI, arch, Duno, and chiwawa will represent the organization in Valorant as Entropiq aims to emerge as a heavyweight in the fast-growing game.

Developed by Riot Games, Valorant has been widely regarded as an upcoming phenomenon among the first-person shooter games. Entropiq has embarked on a mission to become a powerhouse on the European stage, signing five accomplished FPS gamers with a strong background in CS:GO and Warface.

"We want to be one of the best teams in Europe," said Polish team captain Sebastian "NEEX" Trela, and his fellow countryman and teammate Michał "MOLSI" Łącki seconded that: "We know that our roster is already capable of competing with the absolute elite."

The two above-mentioned players have been joined by Vladislav "arch" Svistov, Egor "Chiwawa" Stepanyuk, and Mikhail "Duno" Fokin to assemble a top-notch Polish-Russian-Ukrainian lineup. The squad drew a lot of attention last weekend, reaching the top eight in a stacked Mandatory.gg Cup in which they played under a provisional name TBD.

In the tournament, TBD beat "fish123", a highly successful team that has been rumored to be potentially acquired by Team Liquid. TBD dominated the match, winning 13-6 against the star-studded opponents whose lineup included Adil "ScreaM" Benrlitom.

"Who are the TBD?" fans kept asking on the stream as 10,000 concurrent viewers watched the battles. Some guessed it would be NaVi's future roster, but the squad opted for the black-and-green jerseys instead.

"My teammates and I are looking forward to representing Entropiq. It is a great challenge to play for such an ambitious organization," NEEX said.

On the weekend stream, the captain received a lot of praise from the chat. A talented CS:GO player, NEEX had signed a lucrative deal with Belgian team SMASH ahead of this year, but he didn't find what he was looking for.

"The playstyle we pursued at SMASH didn't suit my vision, and the results reflected that. So we mutually agreed to part ways before a six-month mark," NEEX informed, adding: "I'm not the type of a player who would stay somewhere only for the money. I want to keep improving."

NEEX announced his official retirement from CS:GO at the beginning of June. Since then, he immediately burst on to the Valorant stage and vaulted to the top 10 on the worldwide leader board.

"We practice six to eight hours a day, six days a week,"  Entropiq Valorant players revealed. "Meta changes every day. There's a lot of work ahead of us," NEEX added.

Duno, who swapped Warface for Valorant, was aware of the steep rise of the quality among the players in the game: "Everyone's tactic, aim, and movement keep improving."

However, the Entropiq squad has declared ambitious goals. "In the short term, we want to build a dominant team with strong personalities and keep working steadfastly. Our long-term ambition is to be the best in Europe―or among the best," said arch.