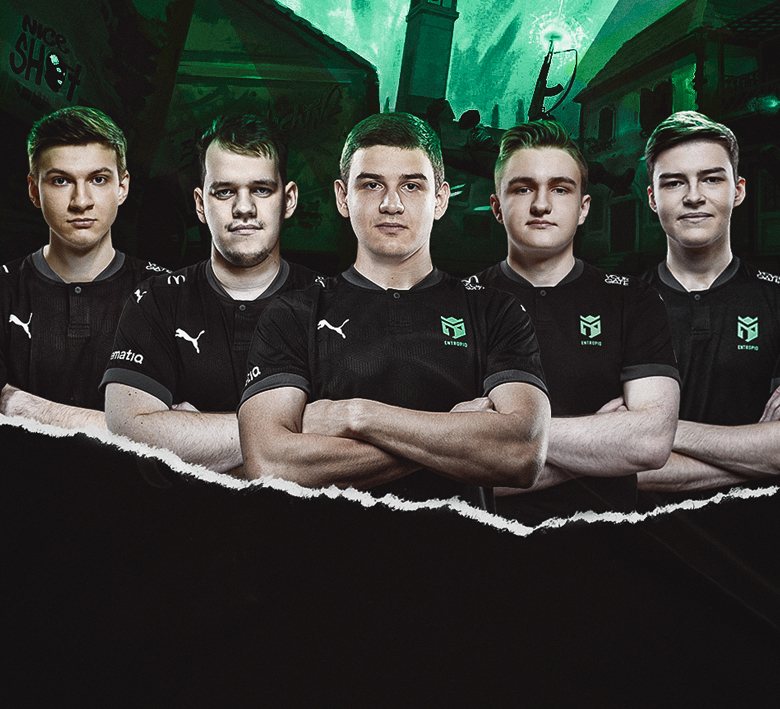 Early into its second year on stage, Czech professional esports organization Entropiq is announcing a major expansion. Joining the black-and-green colours is a top-shelf international CS:GO team, that is currently the #21-ranked roster in the world.

The connection emerged from Entropiq’s partnership with McDonald’s, which is the first of its kind for the world’s largest restaurant chain. The collaboration propelled Entropiq to cooperate with the DDB FTW - first global agency network for esports and gaming and Adalyat “Krookie” Mamedov, who has negotiated several major esports player transfers in the past.

"In the last few days, we had very intense talks about assembling a new international CS:GO team. I believe that this roster, comprised of CIS players, will excel in representing us at major global events. Last year, we won several domestic championships, and regular participation in international tournaments has helped Entropiq gain recognition abroad. We are convinced that partnering with such a successful team is another step in the right direction," said Ondřej Drebota, Entropiq's Managing Director.

The acquisition will also benefit Entropiq’s home-grown CS:GO team, which will draw inspiration and motivation from their more experienced teammates. Moving forward, the Czech CS:GO roster will be known as Entropiq Prague in competitions.

"At Entropiq, we have the highest goals, and one of them is to celebrate major success on the international level. We keep growing and expanding, and I am very pleased that, while still a young organization, we have already been able to land such a high-profile team,” Drebota added.

Entropiq fans can look forward to seeing our players challenge the world’s best organizations very soon. Detailed information about our teams, including upcoming competitions, is available via regular updates on our social media channels.