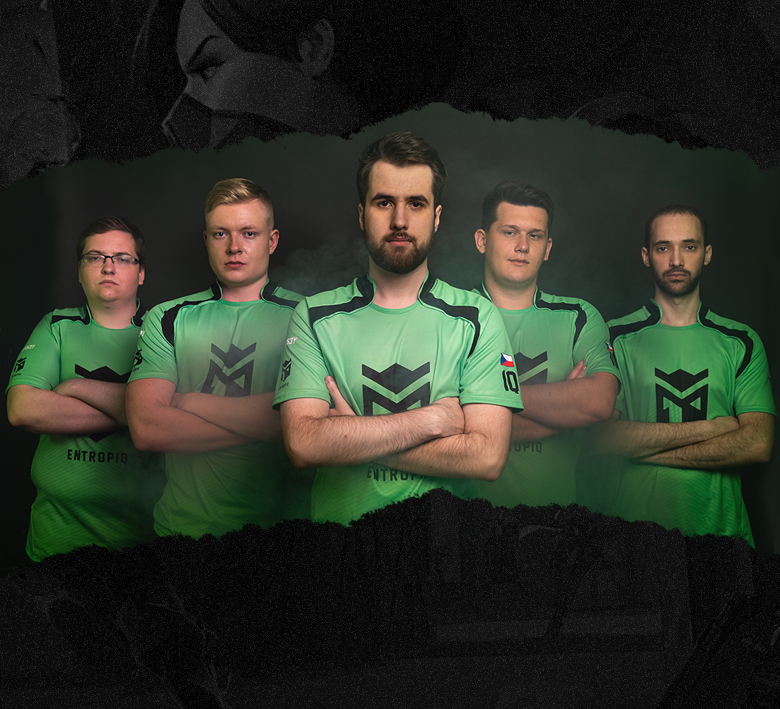 Team Entropiq has continued its expansion in the Valorant field, announcing the signing of Ferrari Peek, the most accomplished Czech squad in the game. Featuring M1st1ck, tomkeejs, oKKo, elwzoy, and sT4mZ, the roster will be playing under the name Entropiq Bravo.

Last week, Entropiq presented its first international lineup, revealing the acquisition of talented players aiming to conquer the European Valorant stage. The organization has now increased its radius, answering the calls of the Czech fans who hoped to see Entropiq give a chance to a home-grown unit.

"Riot Games is one of the leaders in the gaming industry. Therefore it was our priority to assemble a Valorant team. We have eventually ended up signing two rosters, which makes us unique," said Entropiq founder Martin Kabrhel with a smile on his face.

Previously known as Ferrari Peek, the five above-mentioned played have been arguably the most dominant team on the Czech scene. The team was naturally the first choice on Entropiq's radar.

"We've won most of the Czech events. The only serious competitors on the domestic ground have been 9x," said oKKo, who has a spell at European team Purple Cobras on his resume.

Tomkeejs, renowned as a CS:GO in-game leader, shared oKKo's confident stance. "The last Grunex Masters was a little bump on the road, but I still believe we are ahead of the remaining teams," he claimed.

The bump on the road was a drop to the Losers' Bracket, which might have slowed Ferrari Peek down, but it wouldn't prevent the team from bouncing back to the pinnacle. They conquered the Masters, walking away with a CZK 40,000 top prize.

Being dominant in the Czech Republic is, however, just a first step on the planned journey. With Entropiq having their back, the boys are now set to embark on a mission that should lead to European recognition.

"Our main goal is to become a tier-1 team," revealed sT4mZ.

Coach David "Davsa" Halberštát confirmed the ambition. "We want to be among the top 10 teams in Europe, and solidify our position with consistency," he said.

Entropiq Bravo has been practicing five times a week, five hours per session. "We need to improve communication, team-play and gain experience," the team said in unison.

"Until recently, we had a two-month hiatus because oKKo had a short spell in Europe and we couldn't find a replacement that would fit," described elwzoy, whose accolades include a silver medal from last year's PUBG national championship. "If we give it all, I believe we can reach the top 10 in Europe in a few months, and the wins at home should be more decisive," he added.

"While it's a fairly new team, Entropiq has already become the clear number one in the Czech Republic, when I take into account their potential and approach. It shows they know what they want, and we share the same objectives. We want to be the best in Europe and maybe more. Entropiq can provide us with the conditions to accomplish that."

"Entropiq is one of the best organizations on the domestic scene. They provide top-shelf conditions. It was a slam-dunk decision.

"It's an organization with the capacity to meet our conditions. They have the highest ambition and professional approach. I can say there currently isn't a better organization on the Czech-Slovak scene."

"The mutual conversations were impressive. We liked Entropiq's vision and their background. The last year saw Czech esports make huge progress, and Entropiq are one of the best."

"The professional approach and drive appealed to me. Entropiq has clearly defined goals, and they're doing the maximum to accomplish them. That's what I like. It's the first organization where I feel to be a part of something really big, with upside potential."

"Entropiq and I first talked when I was still with Apex Legends, discussing we could be playing for them. It didn't work out; Apex was fading. But they impressed me, both personally as well as with their plans. You could tell they were treating esports professionally."