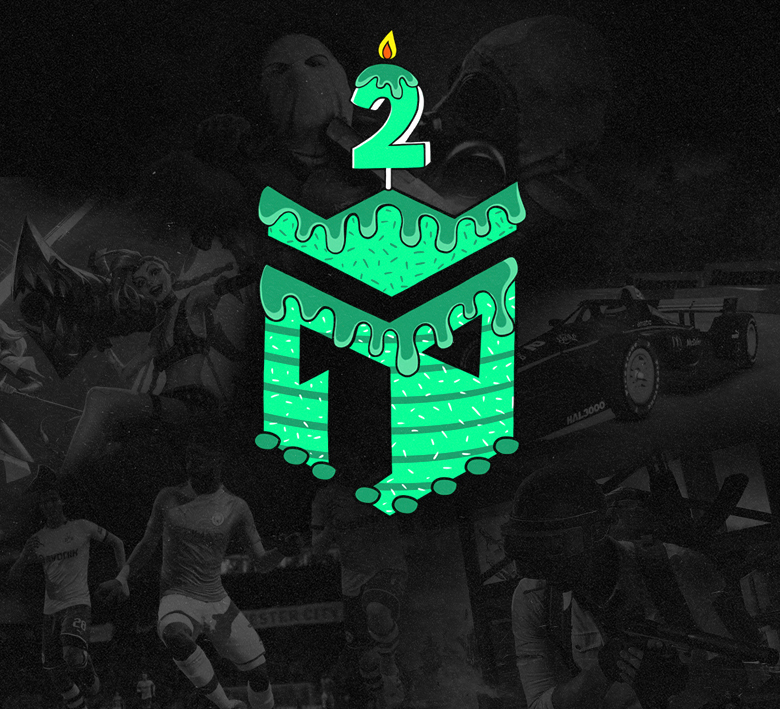 It's a ride that's definitely not over. The first two years of Entropiq's existence have brought many successes, victories, and on the other hand some sad losses, but above all a clear vision for the future.

Sunday, 26 January 2020, the day when a new entity officially entered the CZSK esports scene - Entropiq! Today marks exactly two years since then! Is there anything to celebrate?

Entropiq is a living organization. It is growing, evolving, getting stronger.

Step by step, we polished our communication and sports strategy. We want to be a healthy competition to the most successful teams. There have been changes in several positions, the player and fan base has expanded, and so has our esports scope.

The fighters in black and green jerseys have peeked into Hearthstone, PUBG, Fifa, Valorant, Fortnite, TFT, Wild Rift and sim racing. We'll also be keeping a close eye on our new League of Legends roster this year.

The showcase is the international section of CS:GO, which is in the top 10 of the world rankings and spreading Entropiq's good name at the world's biggest tournaments.

Who would have thought that within two years we would be attending a Major!

In addition to the player base, Entropiq has gradually expanded its ranks with various interesting names among investors and influencers.

"The esports industry has a great future. I've been following professional gaming for a long time and in recent years it has been taking a meteoric rise not only abroad, but also here in the Czech-Slovak scene. I see a huge potential in the Entropiq team," said Vladimír Šmicer, a former outstanding football player and a big fan of computer games.

MMA fighter Mach Muradov, streamer Petr "CzechCloud" Žalud or Karel Janeček, a businessman who announced his candidacy for the presidency of the Czech Republic a few days ago, have also linked their names to our organization.

Entropiq went from zero to (fill in the number yourself :-) in two years. You probably won't find a person on the CZSK esport scene who hasn't heard of the EIQ brand. Especially thanks to CS:GO, the green logo resonates on a global level.

From zero to hero? Definitely not yet. We're still at the beginning. But the caravan is moving in the right direction.

All the best to Entropiq for the years to come!