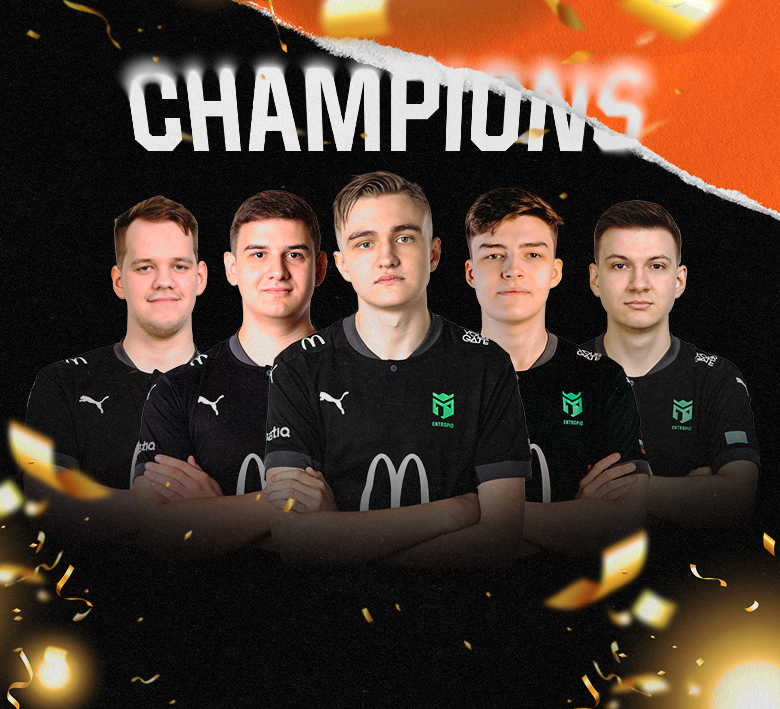 Just a couple of days after successful PGL Major, Entropiq proved they it is no coincidence that they are currently 12th ranked team in the prestigious HLTV.org leaderboard. Championship in the Pinnacle Cup Fall Series #2 scored a hefty $40,000 to the team's treasury and a spot in the spring LAN Sweet LAN.

Pinnacle Fall Series #2 tournament began on 4 October, but Entropiq were seated right into the quarterfinals, where we met Nemiga.

There was no performance drop after the major fortunately. Nice team work brought the black and green players a clear 2-0 win.

More entertaining was thesemifinal against HAVU Gaming. Finnish team took our Nuke, but we managed to win Mirage and Overpass and take the whole series. Shout out to El1an with 64 kills.

The grand final against Lyngby Vikings, another Nordic team, brought us a similar course. Once again we lost the first map - Vertigo - only to win Overpass and Nuke after that! El1an was again doing great with the help of Krad and Forester most notably.

Not even 79 frags Dutch's shooter FASHR helped the Vikings.

Entropiq bag $40,000 for first place, second Vikings had to settle for $6,000. Important win. Most of all we secured us a spot at the LAN Sweet LAN in April for quarter of a million dollars!

Nice form continued even yesterday in the Republeague playoffs, where we managed to beat Sinners 16-5 on Nuke and 16-14 on Mirage. We meet Team Fined in the quarterfinals.