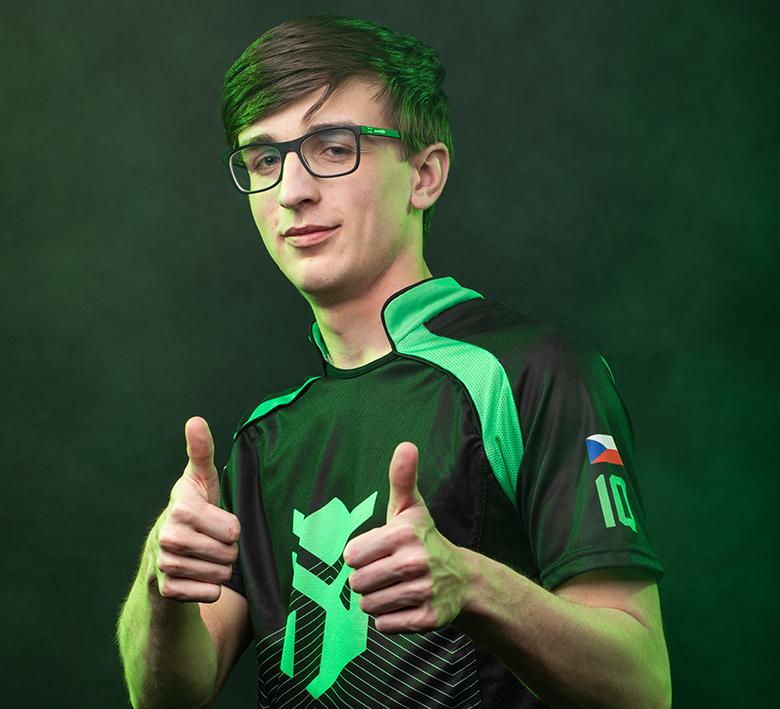 Only six players remain in contention for the Czech Hearthstone title as the National Championship is set to culminate on Sunday. Entropiq's Petr "En1gma" Balcar is among those still in the hunt.

The Czech Nationals kicked off on Saturday, November 14, with the 16 qualified players joining the virtual arena. The entire Entropiq collective was in the mix as defending champ Faeli,  Jobsad, and En1gma all made it to the finals.

While Faeli and Jobsad made it out of their respective groups unbeaten, En1gma had his back against the wall after conceding the first series. However, the youngster bounced back with two clean sweeps against Davidek and Martin to join his teammates in the top 8.

En1gma's run continued as he beat Jobsad in an all-Entropiq clash, securing a spot in the final six. He will battle Krajda on Sunday with a ticket to the semifinals on the line.

Meanwhile, Jobsad was rerouted to the losers' path, which meant he needed to prevail against JaMMeX to restore his chances for the overall victory. He couldn't pull it off, and the back-to-back defeats forced him out in 7-8th place.

Similarly, Faeli also had a bitter pill to swallow. He lost series against m1lan, one of the tournament favorites, and Myschossy, leaving the tournament at the same stage as Jobsad.

"The whole tournament was very excruciating, one close series followed another," Faeli said before expanding: "In the group stage, I was twice able to come back from a losing score; my strongest deck held on both occasions. It changed in the top 8 where I was leading 2-1 against m1lan, but his Druid hit two strong draws, and my aggressive decks fell just shy of clinching the W for me."

The next match versus Myschossy was a different story as everything went south straight from the start. Still, Faeli was able to tie the score with a favorable matchup in the second game, but his opponent would claim the next one.

"As expected, my Paladin fell to Mage. Then it looked it was going to be all over, but I was somehow able to win with Priest," Faeli said.

Nonetheless, the fifth inning went the other way again, which marked the end of Faeli's title-defending campaign.

"I am very happy that all three Entropiq players made it to the top eight. And from what I saw, En1gma and Jobsad played really well, so I believe that the title will be ours!" Faeli said as he will be rooting for En1gma to succeed him on the Czech throne.

Along with Faeli and Jobsad, the bids of several other strong contenders have been dismissed as well. Jarla, Matty, and BlizzconJan have all been eliminated. The Czech Championship will once again crown a brand new champion; for the seventh time in seven years of running.

En1gma, RybkaPipka, m1lan, and Krajda are the hottest candidates as they've already won their quarterfinal matches. That gives them two attempts to sneak into the semifinals.

The prestigious title comes along with a coveted trophy and the first-place prize worth CZK 50,000. En1gma will be hoping to emerge as the last man standing. You can watch the battles for the title on the Playzone Twitch channel.

*kickoff times are listed in CET and are tentative