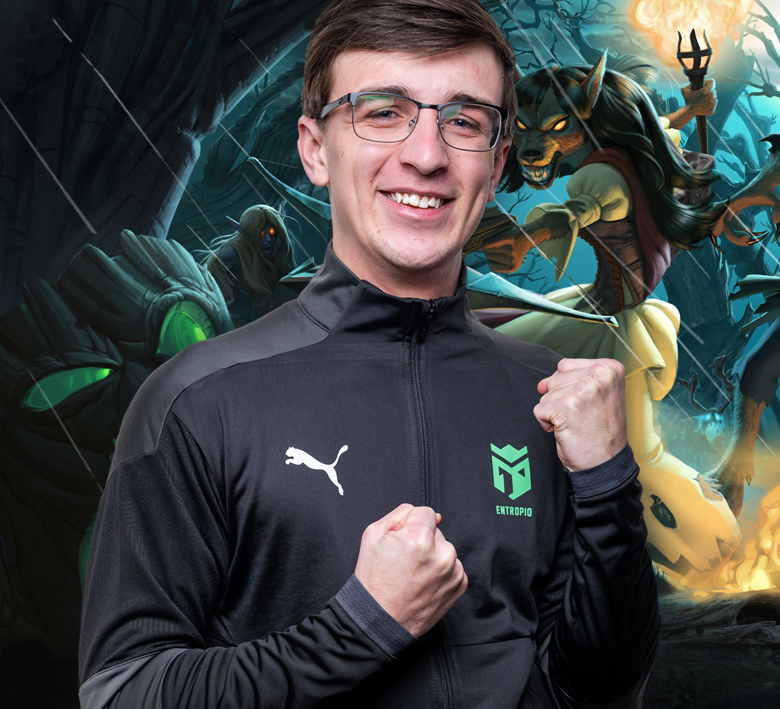 Hearthstone Masters Tour season stepped into its second half. This year's fourth major MT Silvermoon is planned for the end of the holidays, but qualifications are already in a full swing.

Entropiq representant Petr "En1gma" Balcar is even the first Czech player, who made it to the main event through qualifications.

You can get a Masters Tour Silvermoon spot by several options:

If you are not a Grandmaster or did not finish in the TOP32 players at the last MT Dalaran, you must win one of the 120 qualifiers or finish in the TOP8 four times. Then the monthly leaderboards are another option.

En1gma has managed four TOP8 finishes. He needed to play a total of 29 qualifiers in which he shone.

From the players, who played at least 20 qualification cups, En1gma is currently the third best in the world with a winrate over 70%!

Great satisfaction after the unsuccessful MT Dalaran, which our player had to pack up after four quick losses. As he himself confirms, the bad result from Dalaran has energized him.

"After the unsuccessful Masters Tour Dalaran, I was even more motivated and the week after the MT I scored 30-9 in the qualifiers.

"The ban priest lineup with priest, miracle roguna and token druid worked the best for me, but sometimes I replaced the druid with warr or otk demon hunter.

"Towards the end I took a counter priest lineup with shaman and mage, and I ended up making the last TOP8 with it," he says, describing his strategy and elaborating on the servers he preferred.

"I mostly played on Europe and America because I didn't want to change my sleep schedule. Fortunately, on Europe the number of players doesn't exceed 512, so it's the same as on NA. Overall, I'm very happy with my performance in the qualifiers. I had a 70% winrate out of 29 cups. I'm also happy that even after losing twice in the finals and finishing in the TOP16 a few times, I was able to keep playing and not focus too much on previous bad luck," he concludes.

Oldřich "Faeli" Mahdal is also close to participating in the Silvermoon Masters Tour and currently has three top eight finishes. So far, 78 tournaments out of 120 have been played in the qualifying cycle. There are still plenty of attempts left.

The third of the Entropiq Hearthstone players, Josef "Jobsad" Smutný, believes in the July ladder.