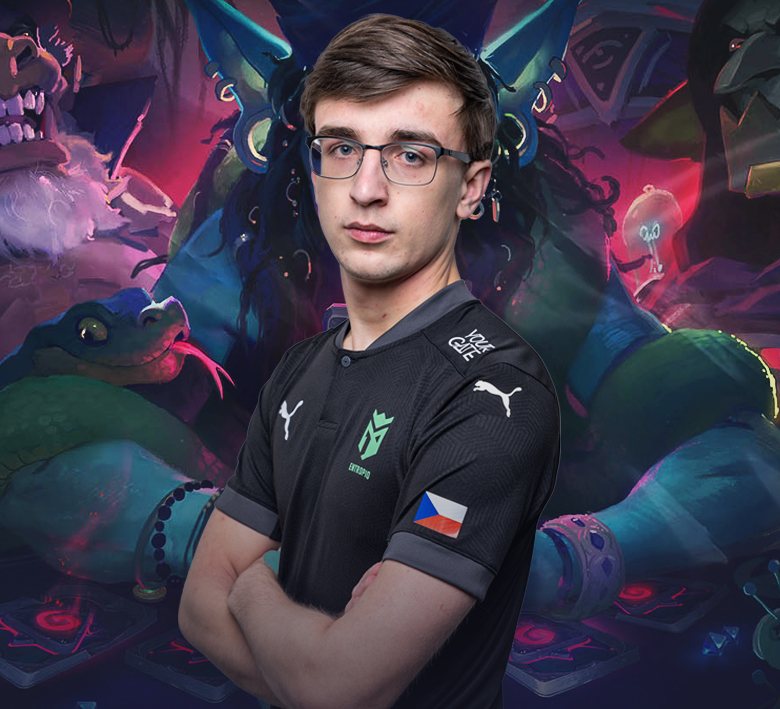 En1gma fights for a spot in the Masters Tour

Whole Masters Tour takes place online this year, for obvious reasons. Developers took this opportunity to name each stop after Azeroth locations, mythical world of Warcraft, from where Hearthstone inspires its playing cards.

This year’s first major, Masters Tour Ironforge, takes place in the middle of March. Qualifications are in a full swing.

It is already certain that at least two thirds of Entropiq players will attend MT Ironforge. Josef “Jobsad” Smutný got his slot by his great score 7-2 from the autumn’s Masters Tour Montreal. Oldřich “Faeli” Mahdal didn’t waste his time and won one of the first qualifications.

Only the defending Czech Hearthstone champion Petr “En1gma” Balcar remains to secure his spot. To advance to Masters Tour he needs to win one of the 120 qualifications like Faeli did, or four times to get to the TOP8.

Half through the qualification cycle, meaning after 60 events, En1gma belongs to the most successful players. Between players with at least 25 played qualification cups, he’s even the best from the win rate point of view. He got two times to TOP8 and four times to TOP16.

In the following weeks he needs to add two TOP8 or a single win. Cup are always played during the weekends. If RNGesus is not going to have anything against it, En1gma should be successful. He’s definitely on the right path. GL!