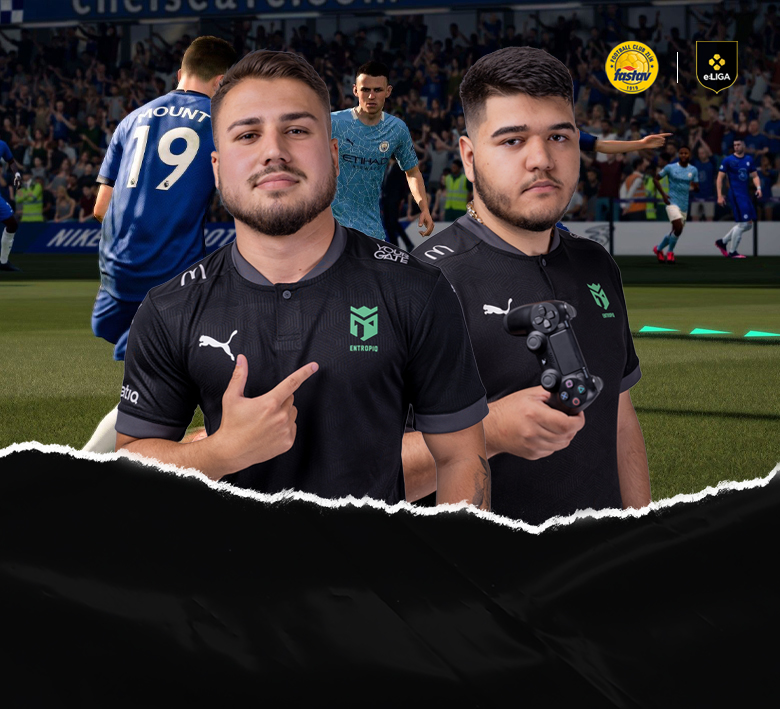 Entropiq players Marioooso and Matejs represent FC Fastav Zlín in this year's e:LIGA. After half of group stage they hold a sixth place.

e:LIGA is the official Czech league competition in the football game FIFA 22, which is played with the support of all football clubs playing the top Czech football competition called FORTUNA:LIGA. Two players represent each club in the league part and the final.

While some football clubs have their own esports divisions, others have teamed up with reputable gaming organisations or did an open recruitment. The word is out and Entropiq players are now playing for FC Fastav Zlín.

After the opening eight rounds, halfway through the regular season, Viktoria Plzeň (T9Laky, Huhnak) is leading the group with 18 points. Zlín, in sixth place and with a game to spare, is six points behind the leaders.

Mario and Matejs won against Bohemians, České Budějovice, Slovácko and Hradec Králové, with only one draw against the strong MFK Karviná (DRMi10, Miki) and defeats against Jablonec and Mladá Boleslav.

In the next few days, our players will face Sigma Olomouc. The league part, which will decide the playoff, still has seven rounds to go.