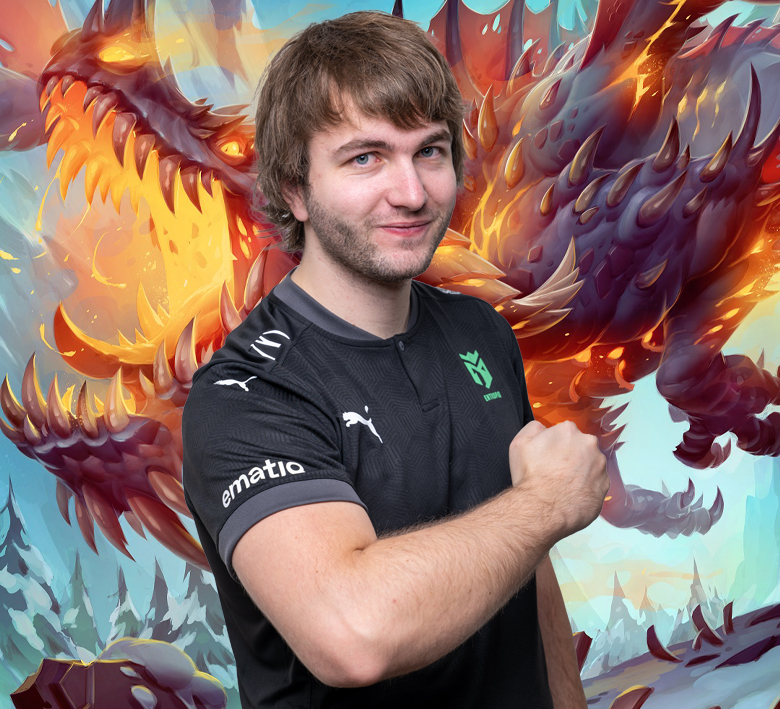 Czechs to play the final of MAX League of Nations!

Czech Hearthstone national team under the lead of captain Faeli will play the final of MAX League of Nations! Our guys will fight for the title of European team champions against players from United Kingdom on Thursday.

United Kingdom vs Czech Republic! These are the teams that will battle it out for the first ever MAX League of Nations championship. However, it won't be the only time these countries will face each other these days. On Saturday, our ice hockey players will also face the British in the World Championship.

In ice hockey, despite the current form of the national team, it should be a clear-cut affair. Thursday's Hearthstone final, on the other hand, will be a very even battle. On paper, perhaps a few percentages in the opponent's favour.

"UK is the strongest team in the whole league in my opinion. Deaddraw is the god of Hearthstone and Jambre is the best deckbuilder in the world," says Oldřich "Faeli" Mahdal, Entropiq's representative in the Czech trio.

Compared to the previous matches, the final will be played in a slightly different format, which should eliminate the luck factor more.

"We have to prepare for BO5, which is a pretty major change, plus the opponents are rather unreadable/uncounterable, so the preparation will be a lot more demanding than for the quarterfinals and semifinals, we only have two days to prepare," Faeli says.

"I can say in advance that the final will be extremely evenly matched and that the winner of the MAX League of Nations will be a deserved European champion.

"The MAX League of Nations is a long-running competition that 24 European countries sent their players to at the beginning of April. The Czech team consisting of Faeli, Jarla and Norwis fought long in the group of six and only secured advancing to the playoffs in the last game.

In the playoffs, our players relatively easily beat Spain 2-0, taking down their opponent's packets without much trouble, while a star-studded France national team awaited in the semi-finals.

Three grandmasters, plus four Masters Tour titles. You won't find a tougher opponent in the tournament. The Czechs won 2-1 when Faeli added the decisive second point against xBlyzes.

"From my point of view, the semifinal went exactly as expected. I was a little worried that the lineups of Jarla and Norwis would have problems against the French Miracle Rogue. However, Norwis's Mage did the job, but Jarla's Mage didn't," Faeli commented on the interesting match.

"My teammates, on the other hand, didn't really trust my decks, but in the end I got the hang of it and decided the whole game in our favor."

Let's hope for a successful repeat in the grand finale. You can cheer for our guys on Thursday, 27 May from 20:00 CEST on https://www.twitch.tv/MAXTeamTV