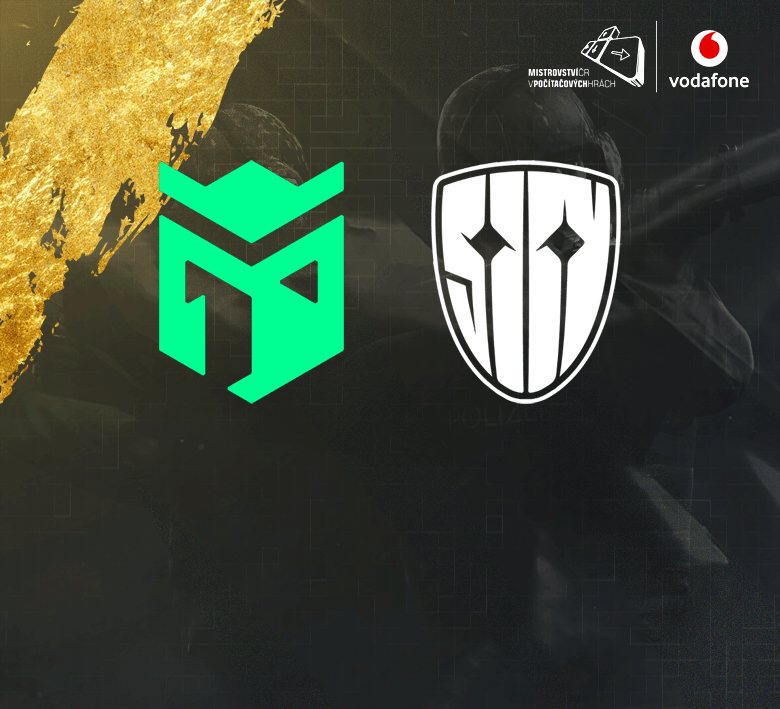 Czech CS:GO Title on the Line: Entropiq vs Sinners

After reaching semifinals, Entropiq swept Eclot to earn the right to battle for the Czech CS:GO title. We will take on Sinners tonight, with the Championship on the line.

Entropiq will be playing for the national CS:GO title tonight, at 6 p.m. CET. After suffering a defeat in the opening match against Sinners, the black-and-greens bounced back and pulled off two wins during a strenuous Friday session. Entropiq first prevailed against Enterprise before dismissing Sampi, with both clashes coming down to a third, deciding map.

The two wins paved the way to the semifinal where Entropiq faced off against Eclot Gaming. Our roster was able to take it down and navigate to the finals.

It will be Entropiq vs Sinners again, which seems hardly a surprise for Sinners' in-game leader Beastik. Back in June, when asked on the Playzone podcast, Beastik made an impressively correct prediction about Sinners' challenger for the throne:

"It will be Entropiq. They don't have a CS team yet, but they will," Beastik said, confident that, in the meantime, Entropiq would assemble a roster capable of contesting the Czech title.

And we did as he said.

"We're excited to be in the finals," leckr said after the 2-0 victory over Eclot. "All of our previous battles very incredibly close, this was our first sweep. But Eclot were a dangerous opponent, especially towards the end."

As was the case in previous matches, Entropiq picked Dust 2 as the preferred battlefield -- for the fourth time during the Championship. The team seized a 9-6 halftime lead before closing it out on the CT side, notching a 16-10 win. capseN tagged out with a quad-kill with AWP.

Eclot chose Inferno as their playground and took down the pistol round. However, the train seemed to have left the station anyway. Entropiq was confidently marching towards victory, claiming a 10-5 lead before the sides flipped. Eclot was able to fend off several match points, but Entropiq wouldn't let it slip.

"Our coach Forji helps us a lot, particularly in the early phase. When our game is established, he picks the right moment to advise a change," leckr said.

While the tournament has been played in a best-of-three format so far, the final against Sinners may go into the championship rounds. Whoever wins three maps will walk away as the 2020 champion, so the fight might stretch across five maps.

"I'd prefer BO3, it would probably give us a better chance, but a BO5 is special. If it goes to the wire, it becomes a war of attrition. We're looking forward to it," leckr said.

The Czech CS:GO Championship final kicks off at 6 p.m. CET, and you can watch in on the Playzone Twitch channel.

Entropiq is considered a heavy underdog with the odds to win listed at +550. However, the opening clash between the black-and-greens and Sinners already showed a nerve-racking battle, so make sure to tune in to the stream as anything can happen tonight.