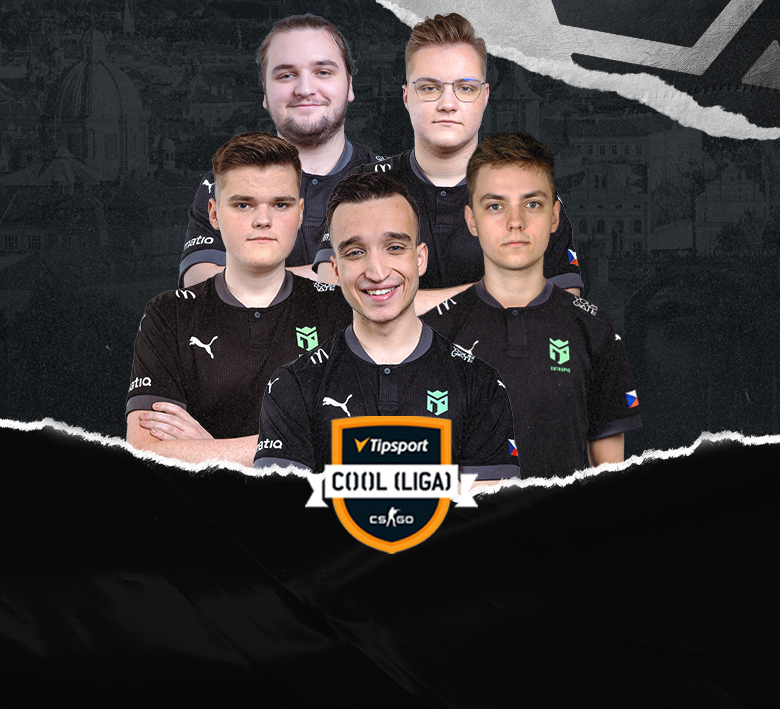 We were the favourites before the start. But the performance differences were eliminated one by one. Entropiq Prague fell short to Enterprise in the final of the Autumn COOL League.

In the spring, Entropiq Prague owned the COOL League without losing a single map. But from the beginning of the tenth season, the autumn one, the situation was completely different.

The black and greens focused on the international scene, changes in the line-up came and during the regular season our players scored only one 2:0 win in seven matches, the other five matches we won 2:1 and in one case we even lost 1:2.

Even so, it was enough for the final third place and safe promotion in the TOP4 to the final weekend playoff.

"We won 2:1. I am satisfied with the team's performance. We destroyed them on Dust and Vertigo, we didn't expect Ancient at all and we lost it ourselves out of the groupon T side," commented the series captain leckr.

The last opponent stood in the way of the title defense. In a rematch of the final event from the spring, Entropiq Prague measured their strength against Enterprise again.

Both teams captured their picks early on. Enterprise on Inferno took a 16:14 victory thanks to a great finish, Entropiq on Nuke got off to a good start and their opponent didn't have time to make a comeback.

Enterprise then dominated Overpass and then, a bit surprisingly, Dust 2 in a highly attractive series, enjoying a premiere triumph. EIQ take $2,380 for second place and a large portion of WCR points, which almost assures their participation in the final event of the CZSK season. A small compensation.

Waht does the captain Michal "leckr" Kadlíček say about the final?

"It was a great game on both sides. The crowd must have been entertained. Unfortunately, there can only be one winner. I would like to thank the opponent for a great performance.

"We made a lot of mistakes and that is unforgivable at this level. Enterprise punished us. They were the better team. They've improved a lot, but we're just happy for any other opponent at this level. We all learn the most from evenly matched games, from our opponents, and the more better teams there are on the CZSK scene, the better for everyone. The level of CZSK CS:GO will go up.

"We knew that this time we didn't have the training we had in the spring, but we gave it100%. I believe in our progress, we will learn from our mistakes and maybe next time we will win.

"I don't want to fully evaluate the new lineup yet. It's too early for that. It will take some time to settle down. We have a new AWP player, we have Kwertzz, we are learning new strategies and it will take at least a couple of weeks.

"We're playing nicely, but we're not consistent. We play beautifully in one round and make basic mistakes in others. It takes time."