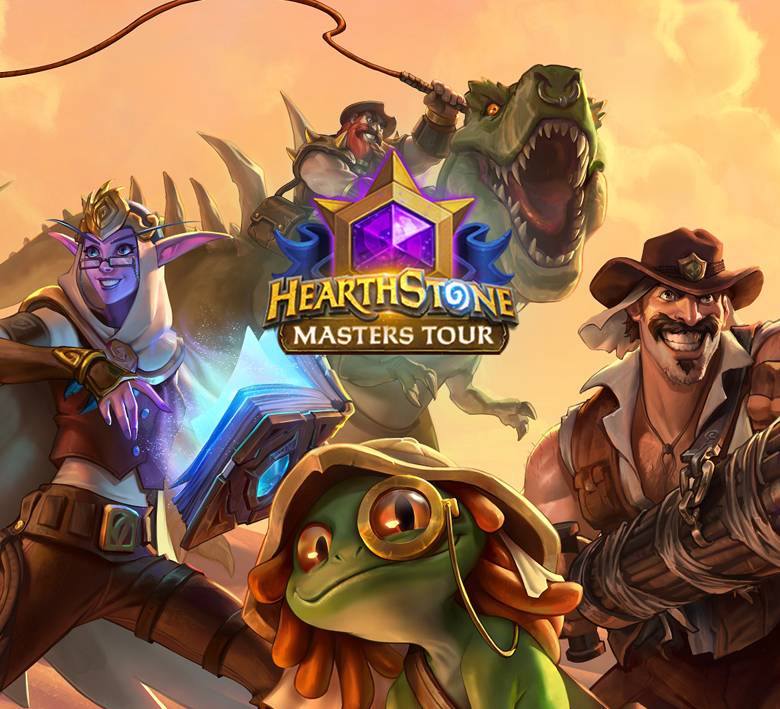 Third major event of the Hearthstone season 2021 is just around the corner! Masters Tour Dalaran offers $250,000 from 19 to 21 June. Once again Entropiq will have their whole trio amongst 400 players - En1gma, Jobsad and Faeli.

The Masters Tour Dalaran, like all other events this season, will be played online due to Covid. It will be the second major in the current Forged in the Barrens meta.

The three-day event kicks off at 14:00 CEST on Saturday and after the first two days, where players will face nine rounds of Swiss, the top 16 will play in the final Single Elimination bracket.

As in all MTs this year, prize money is available for the top 200 only. In addition, compared to previous seasons, three losses on the first day will not eliminate you from the game and all players will have the opportunity to play a full nine round portion of Swiss.

According to preliminary calculations, five wins and four losses should be enough to participate in TOP200. At least mincash will take some of the players with 4-5 scores. TOP32 players will automatically qualify for the upcoming Silvermoon Masters Tour.

1. The current Masters Tour will be played in the same metric as the last one. What role will that play?

2. How confident are you? Will you be playing similar decks to the last one? You're not going to try and copy the lineup of the last champion, Gaby?

3. How does the current meta fit you overall? Anything else that might surprise you there?

4. If you had to pick the top five names globally?

5. Who will be the best from CZ/SK? Three names with the best current RNG form? :-)

1. It will play a vital role. Everybody will play better with more knowledge of the base. But at the same time, it's easier to predict what other players will play behind the lineups.

2. I'm so confident in the average, I'll probably choose a similar lineup to last time. I won't copy Gaby's lineup, but you can expect the lineups to be pretty similar since they have the same core of just the strongest decks.

3. The current meta fits my average. There's always something that surprises me. :-))

The meta is almost the same, and I believe it will lead to almost the same class/lineup distribution as the last MT, which is quite a shame because everyone will have quality decklists and make less mistakes. After the release of Wailing Caverns, only Shaman has been played more, but long term everything is figured out.

I'm currently considering two strategies - ban Priest / target Priest, just like last time. I can also see it coming to a similar conclusion, as Priest is just too strong. So I think I'll just play something similar to Gaby last time.

1. It's going to play a big role. There haven't been many big changes, the meta is mostly the same, Priest still dominates.

2. I have the meta pretty loaded and I'm pretty confident in the decks I want to play, Warrior is my favourite and I had a pretty good run with him at the last Masters Tour as well, Priest is loaded from ladder and I've played a few games with Roguna as well. I'm still deciding between OTK Demon Hunter and Mage. Gaby just played Mage instead of OTK Demon Hunter, I'm thinking about it, I'll play a few more games and see.

3. The meta fits me pretty well, it's pretty much settled already, I don't even think anything could surprise me.

4. Deaddraw, Gaby, xblyzes and probably some of the Chinese, last time there were three in the top 8. Orange could do well.

5. From CZ/SK I believe Jarl, he has been tryharding a lot in playoffs lately and has the base loaded, Faeli has a super winrate on MT quals and I would also pick Krajda.