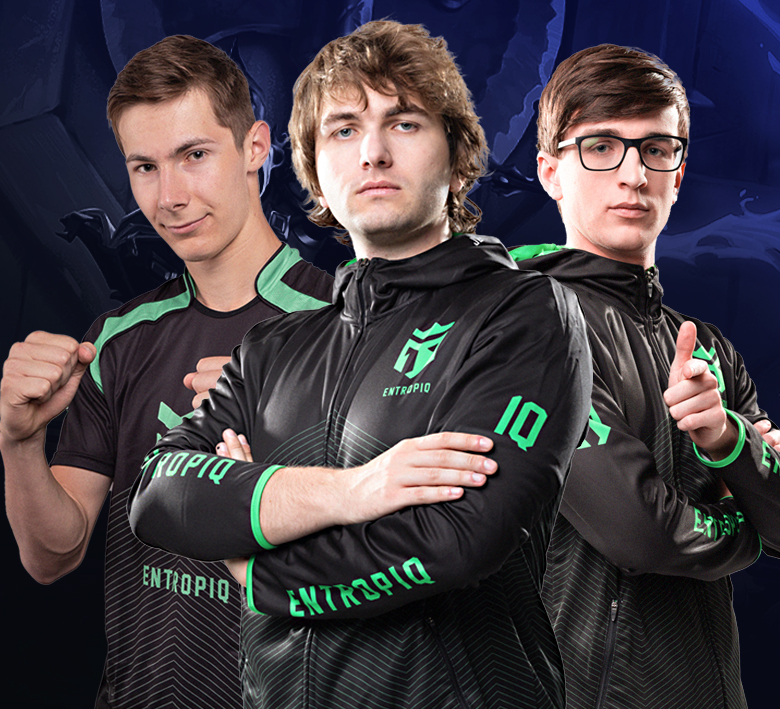 All Entropiq Players to Compete at Hearthstone Nationals

The race for the 16 slots at the Czech National Championships in Hearthstone has brought great news for Entropiq: all of our three players will be contesting the title.

Hearthstone is expected to showcase the finest battles at the Samsung Czech National Championships in Mobile Games, which takes place November 13-15, 2020. Among those in the hunt will be the entire Entropiq squad.

Oldřich "Faeli" Mahdal secured his the place in the 16-player finals in August when he finished runner-up in the Midseason event. Faeli's teammate Petr "En1gma" Balcar qualified to the Nationals thanks to his consistent performances throughout the year, punching one of the four tickets allocated to the leader board frontrunners.

And the black-and-greens eventually invited Josef "Jobsad" Smutný to the party, too. Jobsad clinched the finals at the buzzer: in the Samsung Last Call tournament. It was the final chance to make the cut with eight seeds up for grabs.

In the 24-player showdown, Jobsad narrowly faded elimination in the group stage. While he barely made it through with a 3-2 record, he wouldn't whiff the rest of the way. Two wins against sajmonak and PoweR confirmed Jobsad's qualification to the Czech Championships.

"I knew the path was going to be extremely tough as soon as I saw the group stage draw. Our pool was the most stacked," Jobsad said. "I had a good start. I took the first series -- which was probably the longest in my career -- after nearly three hours," he added. Jobsad improved to 2-0 after prevailing against Massster, but then suffered a loss in a close game against Krajda."

Jobsad admitted that the extended opening battle would later start taking its toll. Worn-down by the marathon match, he lost to Rybka to enter the final series with a 2-2 score. That put Jobsad's back against the wall as he needed to beat his friend Norwis to make it out of the group.

"I won 3-1 and reached the Monday rounds," Jobsad recapped. "The rest of the tournament was much more relaxed. My lineup had the opponents crushed, and everything went as planned."

All three Entropiq players will be vying for the national title, including Faeli, who is the current holder.

"The starting field is pretty sick, no randoms this year," Jobsad said. The team will be preparing together, hoping to figure out the winning formula through the 10-day lead-up to the main competition.