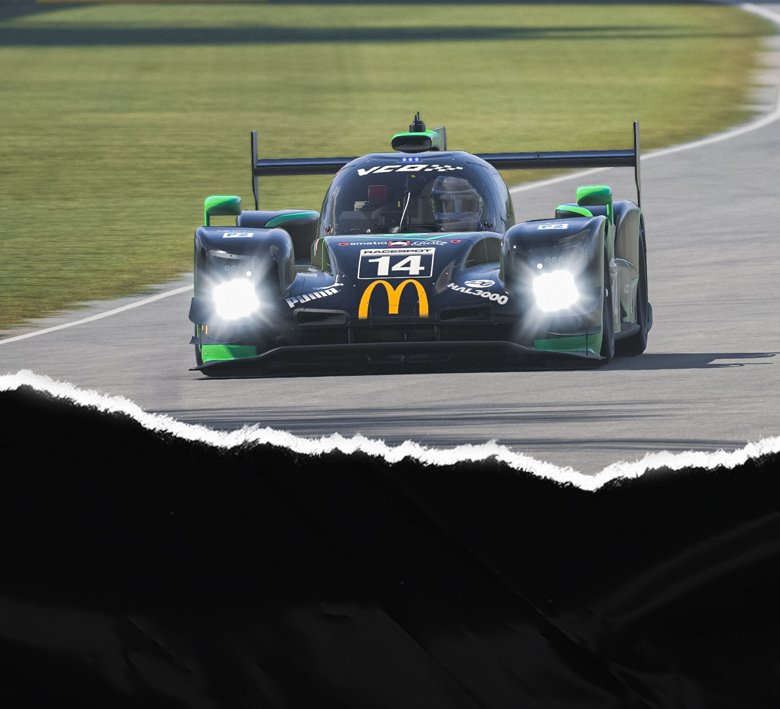 After successful opening of the season at German Hockenheim, endurance races 24H SERIES ESPORTS, played on the premium sim racing platform iRacing, the season moved across the ocean. Entropiq drivers Lukáš Podstata and Martin Sirotek again showed their skills among the world competition.

Podstata and Sirotek had a dream entry, taking a great second place in their GT4s class at the Hockenheimring. There was plenty to build on at Sebring.

"Sebring is one of my favourite tracks after Bathurst. I have always done well there, unfortunately in the 24H Series I took all the bad luck that has eluded me in the big races this year and Martin took a ride with me," commented Lukáš Podstata.

"On the first lap, my rear wheels locked up going through one of the corners and I became a mere passenger. As a result, I dropped to last place and had to make repairs," Lukáš described the situation in more detail, which was the main consequence of the final fifth place, although our drivers were making up ground mightily.

You could watch the whole race during Sunday afternoon and evening on Twitch/entropiqteam.

We asked Martin Sirotek, the second of our drivers, about the race in more detail:

How was the race from your point of view?

The qualification was perfect from a driving and tactical point of view. The race didn't start very well and a mistake cost us a loss of over two minutes. Despite all the complications, however, we were one of the fastest GT4s on the track, and in the end we managed to cut the gap down to fifth place at the finish.

The race was definitely not our best, but despite everything I rate the result well. Its racing...

Why couldn't we repeat the second place from Hockenheimring?

Definitely a lack of strategy and mistakes. Among other things, despite the repair of our Porsche Cayman GT4, the aerodynamics of the car were slightly damaged, resulting in lower speed on the straights and higher fuel consumption. Which were factors that forced us to drive the entire race under the limit.

How did the Sebring circuit suit you?

Sebring circuit is my middle favourite. I've driven several endurance races there and it suits me well. Traffic in the multi-class racing is acceptable, definitely better then at Hockenheimu.

What to improve for the next race? Austrian Red Bull Ring is planned for the half of January.

We need to work out a better race and training strategy. From the chosen pace for each stint, to position control, to fuel use. Overall, look more at the race as a whole, concentrate more on the endurance aspects. We are a very strong, balanced duo and we need to take full advantage of that.

After Sunday's six-hour marathon, Martin Sirotek willswitch for VCO ProSIM SERIES with big names from both virtual and real life racing. Lukáš Podstata with Pro driver Tomáš Korený already tried the big competition, when they tried to get to the top 15 to no effect.

Sirotek will replace Podstata in the last ProSim race of the season.

Are you looking forward to the race and how do you see chances of your Sirotek+Korený duo?

I'm looking forward to it very much. It's going to be another great experience and a chance to compete with the very best, virtual and real life. Such an experience is priceless.

Considering the sharp and quite aggressive form of racing at the world level with the unknown track factor until the start of an event the result is hard to predict, I will consider TOP15 in the first heat and advancing to the bonus race as a success.

You can watch the whole VCO ProSim Series today from 20:00 CET on Twitch/vcoesports.